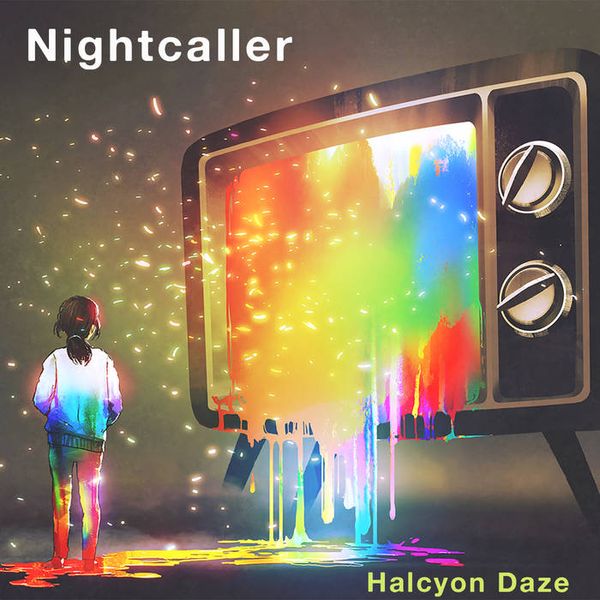 I love it when one of my friends calls me up and asks if I would like to sing on something they wrote.  About six months ago my friend Howard Alper, who I've known for over 20 years, gave me one of those calls.  He had a new project called Nightacaller and he wanted to know if I would check out a song called "Sugar" and consider singing on it.  Because we've been friends since the 90's when we were both in my first band in New York, D'Tripp, we know what each other likes and he always seems to call me with ideas and projects that I really like.  That was true in 2002 when I was the vocalist for his rock band's debut album RTR (The radical thought resistance) and this time with "Sugar" was no exception. Howard also invites me to do things that are challenging and but me in a different creative space every time.  I love that!!!  On "Sugar you''ll hear my voice as you know it, but you'll also meet my vocodorized alter ego "Free"-ka-zoid.  See what I did there, "Free" - kah- zoid.... Yeah well I don't really have a vocodorized alter ego, but if I did, maybe I'd call him "Free-ka-zoid", but there are some obvious copyright issues.....  Maybe I'd go by "Bremner-bot",  "Bremner OS9" or "Brem-vox Humana".  Anyway..."Sugar" is this trippy electro pop song from the Nightcaller debut album "Halcyon Days".  It's playful, dreamy, erotic and it revels in its "computer love" and digital lushness.

The band Nightcaller is the collaboration of my long time friend, producer/drummer/ songwriter,  Howard Alper, and his partner in crime,  guitarist and producer Evan Patrick.  Howard and Evan say their music is electro / pop / rock influenced by 80's Prince, Sleigh Bells, CHVRCHES, Cocteau Twins, Stranger Things, and Blade Runner.  Believe it.  I hear all of that..  The album was produced by Nightcaller and mixed by keyboardist Joshua Valleau (Kanye West, John Legend, Cee-Lo Green), who also played additional instruments throughout the recording.. The album also features performances by vocalists Imani Coppola, Anne Courtney, Emi Monroe, Dede, Aaron Lazar,  and Babe With Powers.  You can buy the single and entire album  here https://nightcaller.bandcamp.com/track/sugar-feat-freedom-bremner.  It's also on iTunes, and Spotify, of course. Check it out right below. Peace.